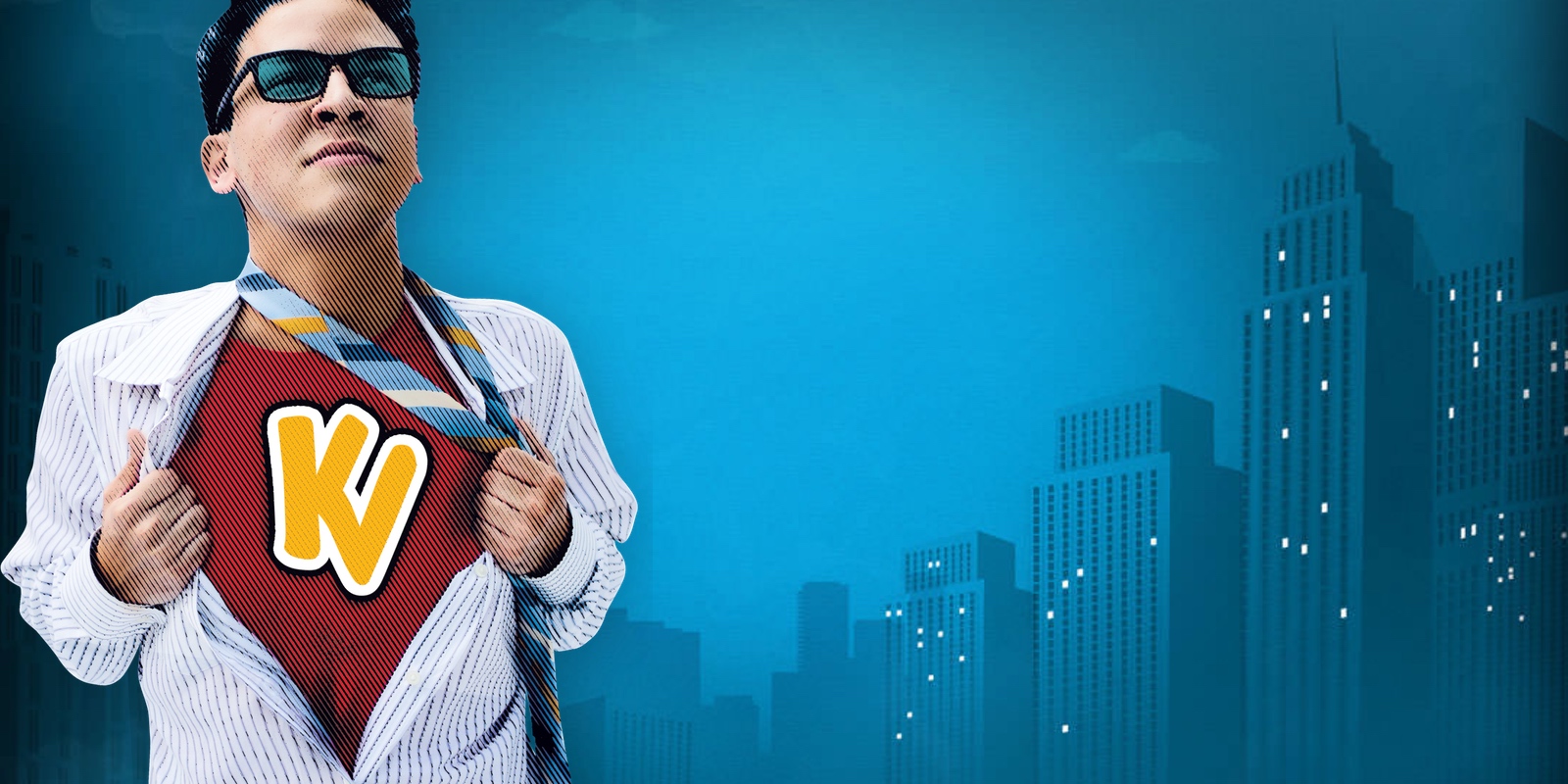 The following is an excerpt of a presentation I delivered to Kidventure’s 2016 Leadership Team (Camp Directors and Managers) at our Director’s Retreat April 23, 2016. The purpose of my presentation was to draw the correlation between our fictional superheroes and the real-life ones that work to make a difference in the world every day. In each of us, lives the superhero. At the conclusion of this presentation, each director was given a blank superhero cape. With it, they were instructed to individualize and design their own superhero logo that represents their unique superpower.

Superheroes have been woven into our popular culture, glorified on the movie screen, and popularized through comics, cartoons, and just about every form of media we consume. Yet, what appears on the surface to be a fantasy genre, is actually the manifestation of what we as human beings hold to be the best in all of us. There is this collective good that we all struggle to uphold and adhere to. What we strive for is difficult, and when it seems like the world is growing more out of control and the enemies of good appear to be their strongest, Superheroes seem to be at their most prevalent in our society. Creating the fictional superheroes we see in Marvel is simply our reaction to what is going on around us and in our world.

But the harm (parody, paradox) in our fascination with the Superhero on the screen, is that real life heroes walk among us every day. The failure of many is to place hope and action in the make believe, rather than call up the hero that dwells inside all of us. In fact, I would contend that the greatest of heroes are those that watch over, care for, and protect the most vulnerable and susceptible in our society. The greatest of heroes are you. And I will prove it. The very qualities that define our fictional superheroes are the same that define you. There are 8 distinct traits that all Superheroes since Superman have in common. Everyone of them.

They are the following:

1. Strong Moral Code
Each hero possesses this ironclad moral compass that guides him or her in doing the right thing, even when no one is looking. They seek out truth, they uphold what is just and they work to instill that in others around them by their example and leadership.
2. Motivation
Each of you is motivated. For many of you it’s this motivation to make a difference in the lives of kids. Something affected you, perhaps as a child. Something happened to you that fostered this desire and passion to want to advance the lives of kids, to protect those that are weak and innocent. Whatever the reason for that, you all are here today because of it. This is your motivation.
3. Secret Identity
Ever wonder why all superheroes hide their identity behind a mask and costume? I would contend that even with the greatest of powers and most awesome abilities, the superhero is great because of his humility. The power in doing great things comes from serving others and not oneself. Superman protects his identity because his focus is on the act of greatness and not the greatness of the man.
4. Distinctive Costume
Every Superhero wears a costume. That costume speaks to who the person is beneath the mask. It helps define who he or she is and is an extenuation of that person’s superpower. At Kidventure, we wear a costume. That costume bears the number 94 and the words Kidventure. For the past 21 years, a myriad of superheroes just like you wore that shirt. They paved the way so that you have the opportunity to wear it with even greater opportunity and promise for our kids.
5. Cast of Supporting Characters
No Superhero has ever done it alone. In all stories, evil was defeated and victory won because of those around the hero. This is important and it speaks to the value of team and the vulnerability of even the strongest of heroes. We not only need those around us to be successful, we require it.
6. Enemies
Don’t think for a minute that we don’t fight enemies. True, our enemies don’t spray poisonous gas at us or try to melt us with photon rays, but our enemies are none-the-less worthy of defeat. At camp, we battle a variety of enemies that work to lessen and demoralize children. They include racism, child abuse, lack of self-confidence, body image issues, over-exposure to technology and media, sedentary lifestyle, and boredom.
7. Backstory
Each of you are motivated by a similar mission, to help be a positive difference in the lives of kids, but each of you have arrived here very differently. Some of you grew up poor, some wealthy, some faced physical and medical challenges, others didn’t. For each of you, the chapters of your story up until this moment have been written. Tomorrow hasn’t. That is why they call it a ‘backstory’.
8. Your Superpower
When Kidventure seeks out leaders to join its forces, we are not searching for everyone who possesses the power of great strength; we do not scour the masses for the power to influence others. What we seek are individuals who possess their own unique power. It is when we combine all of those powers together that we give ourselves the greatest opportunity to fight the enemies of children and promote the well-being and future of kids. Kidventure is the League of Justice. Each of you is now a unique member.

Tonight, you are being given the keys to the Hall of Justice. With those keys comes great responsibility. Tonight we recognize that each of you is unique and possesses a super power that will change the course of others. Tonight you are being given your cape and mask. It is your task now to make that cape and mask your own. With materials we will provide you with and the superpower you recognize within yourself, you will design your cape, identifying your uniqueness and contribution to Kidventure. You will wear that throughout the summer and you will be an example for others.

Thank you and good luck.