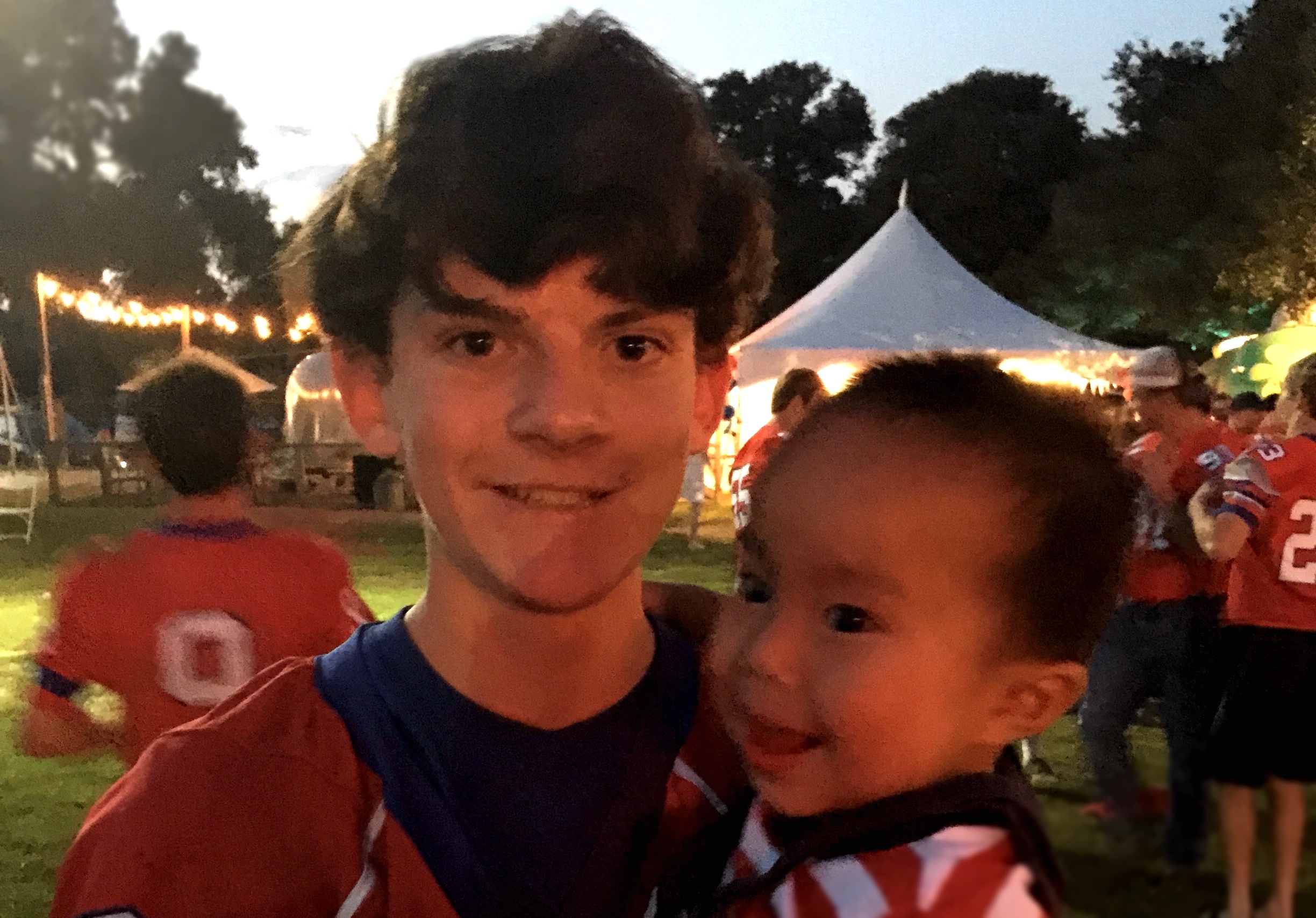 Help your brother’s boat across, and your own will reach the shore.
~Hindu Proverb

I never had a brother. I was an only boy in a family with two sisters. I love my little sisters, but at times I pretended they were brothers. That didn’t usually go very well and found myself in trouble for organizing makeshift boxing matches, or taking dangerous rides in wagons down treacherous hills. I never had a brother, but if I had one, I would want him to be just like Peyton.

Over the past eight months, I have been an audience to the power of brotherhood, to the love brothers can show for one another and the impact that love can have for both boys. I can honestly say that there is something magical and essential that brothers hold for each other and never has that been more true than in the brotherhood of Peyton and Michael Bennett.

In the short amount of time that MB has been with his new family, Peyton’s presence in MB’s life has had a profound impact on his health, his outlook and his personal confidence.

For one, Peyton is a great example. When boys grow up, they look to others like themselves for guidance and direction. Older brothers provide an immediate and identifiable example. How brothers treat others around them, how they respond to the world and carry themselves is crucial for younger brothers. As awkward as being a 15 year old can be, Peyton provides MB with an example of integrity, courage, and the desire to do the right thing.

Peyton demonstrates love. When MB is scared, Peyton will hold him until that fear subsides. When Michael is in need of medical attention (which is often), Peyton is there to provide his services, and when the game is on the TV, Peyton will place his younger brother in his lap to teach him about touchdowns and homers. The bond between ‘the fellas’ grows stronger with every passing day.

Peyton gets it. He understands the unique challenges facing his little brother. It hurts him inside to see MB have to have so many surgeries and it’s hard for him at times. Yet that is when Peyton is strongest. For MB, Peyton provides him with the opportunity to put the fears and insecurities of life aside and simply be a brother. Life for MB is so much richer atop Peyton’s shoulders, wrestling in the grass, and cheering together for their favorite teams. MB’s life would not be the same without his big brother and I don’t believe Peyton would want it any other way.

No, I never had a brother growing up as a kid. If I did, I would want a brother like Peyton at my side. MB is a pretty lucky kid because of his ‘Bubba’. Thanks for being that brother, Peyton, and thanks for making our world a better place.