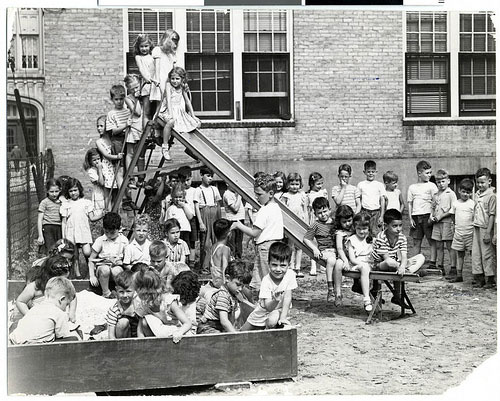 For the record, I love my kid’s elementary school.

Having begun this blog with that kind of preface, you have to have a feeling I am about to rear back on it. And I am. At the beginning of this school year our fine elementary school made the decision to cut recess to 15 minutes per day. I have two children in this school. One a kindergartner and one a fifth grader.

I am no rocket scientist, but I don’t believe it takes one to draw a correlation between one’s opportunity to improve and focus academically if not allowed the proper time to move one’s sedentary body. But don’t take my word for it. Only this week Reuters ran an article on a recent international study that was conducted on exactly this topic. “The fact is, children who get more exercise also tend to do better in school, whether the exercise comes as recess, physical education classes or getting exercise on the way to school”, the study states.

Amika Singh, who worked on the study, said the findings meant that schools should prioritize both academics and exercise and that families could have the same attitude at home.

“Maybe it’s an activity break, stand up every half an hour in class and do something,” said Singh, from VU University Medical Center in Amsterdam.

“It might mean going to school by bike … Any kind of physical activity you can think of. It doesn’t mean only the physical education standard class.”

Singh and her colleagues reviewed 14 studies that compared kids’ physical activity with their grades or scores on math, language and general thinking and memory tests.

Those included two types of reports, such as 10 so-called “observational studies” in which researchers asked parents, teachers or students themselves how active they were, then followed them for a few months to a few years to track their academic performance.

In the four other studies, one group of kids was given extra time for physical education classes and other health and fitness exercises, and their test scores were later compared against a group of kids who didn’t get extra exercise.

When researchers asked students how much time they spent exercising, they found that those with higher rates of physical activity did better in the classroom.

Three of the four studies involving an exercise intervention found that students given more exercise time scored higher on measures of academic performance.

In one report from the United States, second and third graders who got an extra 90 minutes of physical activity per week did better on a test of spelling, reading and math, along with gaining less weight over the next three years.

That may be because children are better behaved and can concentrate better when they get enough exercise, or because physical activity improves blood flow to the brain and boosts mood, the researchers wrote.

“There’s obviously the long-term links between physical activity and health,” said Sandy Slater, who has studied recess and physical education at the University of Illinois at Chicago but wasn’t involved in the latest study.

“But this is another reason to try to continue to keep some dedicated amount of time for physical education or recess or some other types of physical activity in the school day.”

It is my opinion that we as parents, educators and policy makers must recognize the importance of physical activity and its association with our children’s academic lives. Without a clear understanding of this relationship and its possible repercussions, we place our children at a disadvantage academically, socially and physically. Let the kids play I say.