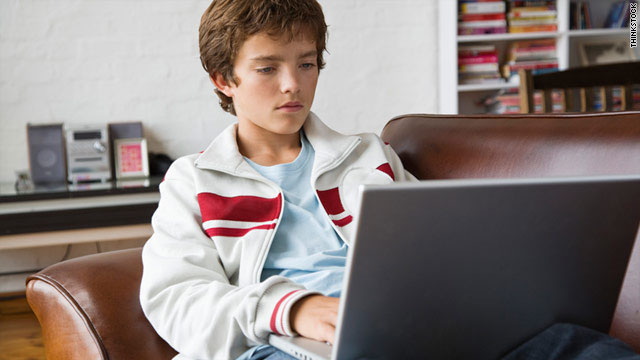 The following Article was posted on CNN today and written by By Jennifer Kelly Geddes, Parenting.com
March 28, 2011. I found it good sound information for parents.

A new report from the AAP clues parents into what their kids are really doing online. Good news: It’s not all bad!

Facebook, Twitter, Shelfari, Moshi Monsters, Club Penguin, The SIMS — the list of online games and social networking sites seems to grow longer every day. Also on the upswing: the alarming headlines about cyberbullying, sexting, and other forms of online harassment.

This ever-increasing presence of social media in kids’ lives, often starting in the prepubescent years, has prompted the American Academy of Pediatrics to issue a clinical report to increase parental awareness of the sites their kids are visiting and how they work.

“The digital world is an evolving landscape that parents have to learn to navigate,” says Kathleen Clarke-Pearson, M.D., an assistant professor of pediatrics at the University of North Carolina School of Medicine in Chapel Hill and coauthor of the report.

Tweens in 2011 socialize more and more online, rather than at a friend’s house or the mall, and even though Facebook and other sites have age limits — technically no one under 13 is supposed to have a “page” — 30% of parents admitted on Parenting.com that they allow their tweens to log on anyway.

And this trend is likely to continue: According to the AAP, more than half of adolescents visit a social media site more than once a day, and 75% have cell phones, which are often used for texting and instant messaging.

Because of the intensity of the online world, teens who spend a great deal of time there may be at risk for a new phenomenon called “Facebook depression.” Teen development is, in large part, about separating from parents and gaining peer acceptance, and social networking sites allow them to do both. But if online harassment or rejection occurs, such as “de-friending,” symptoms of depression may be the result.

Contact your pediatrician if you notice any of the following: sadness, anxiety, pessimism, difficulty concentrating, a drop in grades, insomnia, loss of appetite and irritability.

While the news media tends to focus on the negatives of this new technology, social networking also has many advantages for kids. In addition to strengthening connections with friends and family, social networking encourages participation in community service activities, collaboration with classmates on group projects, the sharing of musical and artistic achievements, and communication with sports coaches and teammates, and that’s just for starters.

“In addition, the online world is beneficial for those kids who don’t quite ‘fit in’ at school — it can help foster their identity and unique social skills,” explains Clarke-Pearson.

So how does it go wrong? “Teens are susceptible to peer pressure and are also naturally impulsive, so they may quickly comment on an inappropriate post without thinking. This can easily snowball and become very hurtful to the person who’s targeted,” says Clarke-Pearson. Some families have also become so overly digitized that time together at home and during meals is being displaced. Direct interaction with peers is disappearing as well.

“When texting becomes the main mode of communication, it doesn’t allow for tone, body language or facial cues,” says Clarke-Pearson. But the right parental interaction and involvement can ensure that won’t happen. Here’s how to help your child use social media and game sites to her advantage:

Get schooled: Immerse yourself in the technology so you know how to create a profile, “friend” your child, and be a part of her online life. She may insist that you don’t embarrass her by posting on her wall for her friends to see, for instance, but that’s okay. You still get a window into her world.

Model it: If you’re constantly on the cell or computer, your kid will want to be, too. Limit your time so you can help your child strike a balance with her own use.

Power down: Insist that family meals are device-free and set reasonable bedtimes. “Children and adolescents don’t get enough sleep as it is, so staying up half the night on line certainly doesn’t help,” says Clarke-Pearson.

Chat her up: Don’t rely exclusively on a “net nanny” program to keep you up-to-date on her activity. Instead, ask who she’s texting or IM’ing lately and share some of your own social media experiences (she just may open up about hers).

Go public: Keep the computer centrally located (like in the family room or kitchen) so you can check on the sites she visits and the amount of time spent there.

Be kind: Discourage meanness, gossiping, and posting anything that’s untrue or potentially harmful or embarrassing. Remind your child that there’s no real privacy online — every email, text or IM leaves a digital footprint, which future employers and colleges might access.

Take action: Get the latest online safety information at cybersafebook.com.