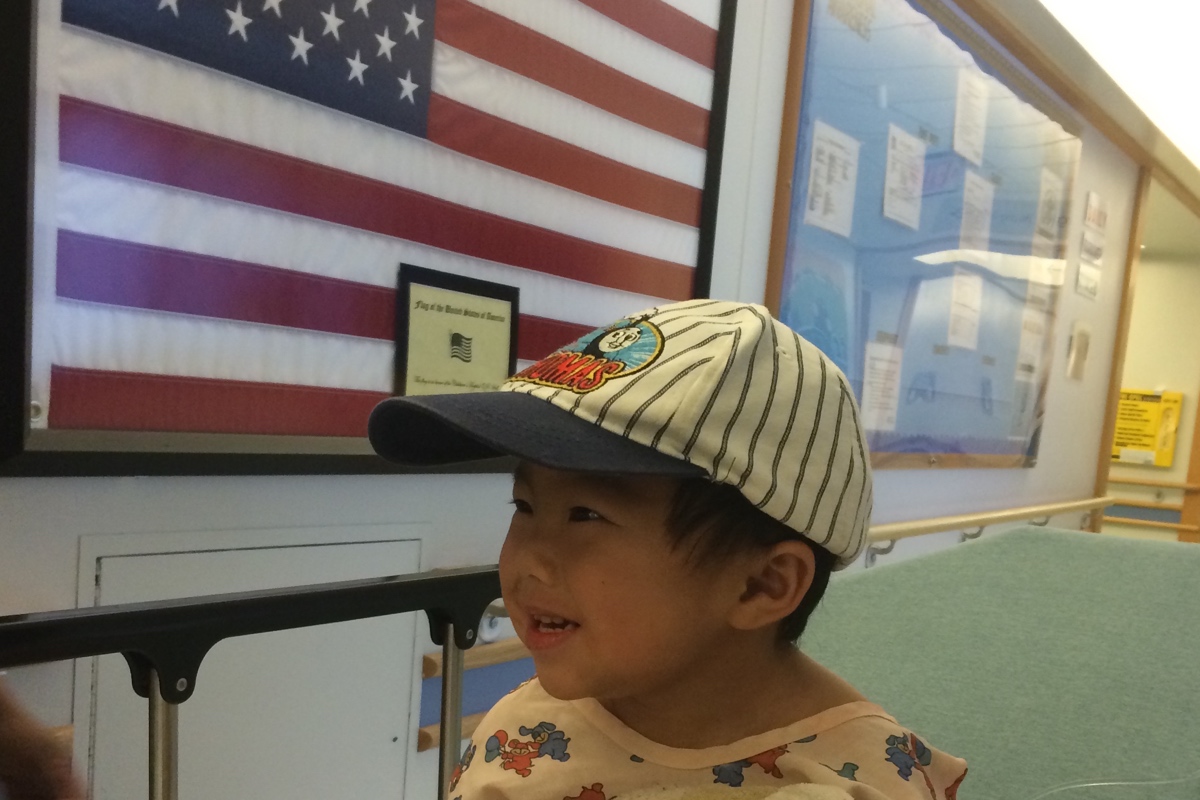 As a small infant, Superman was cast from his home and rocketed across through space by his parents. He arrived in a strange world and was rescued by modest people who loved him for who he was. In his new home he faced challenges such as battling Lex Luther and fighting the effects of Kryptonite. Yet, with all his other-worldly abilities, his true power came in providing hope and strength for all those who knew him.

Yesterday, MB and mom and dad flew to Ohio where Michael Bennet will have another round of surgery at Cincinnati Children’s Hospital.  Flying just above the clouds, I was reminded of this story of Superman and the parallel universes he and MB exist in. The story of Superman is really the story of my ‘Superboy’.

Like Superman, my MB was set adrift inorder to save him from certain peril. His parents must have struggled deeply and their hearts must have shattered like the crystals on Superman’s home planet. But they knew that in order to save him, they had to let him go. MB was hurled vast distances, ripped from his familiar realm, and arrived in a much different world. He was rescued by our family. We took in that little boy and like Superman, loved him for who he was.

In their new world, the challenges for both Superman and MB remained a part of their life.  As Superman did, MB battles a nemesis, but his nemesis is his own body. MB’s complex medical issues rival the ferocity of Lex Luther and any of the many villains Superman has fought. When MB wakes in the morning, he must put on his cape, he must stand strong, and face each day heroically. Like Superman, he does this with much bravery and spirit.

This morning, with the support of a cast of other medical ‘superheroes’, MB is once again fighting to be strong, healthy and for life itself. He has descended upon Cincinnati like a true Superhero with courage and bravery and insisting on going into surgery wearing his Converse All-Stars. Classic heroism.

Which brings me back to Superman. The real power in Superman has never been his physical strength or his superhuman endeavors. Yes, he leaps tall buildings and can literally carry the weight of the world on his shoulders. But the real power in Superman is his ability to inspire others. It’s his capacity to provide hope and promise in the face of all that threatens us as human beings. This is what MB does for me. My Superman reminds me that life is worth fighting for, no matter where you come from and no matter the challenge.  That remains the greatest power.

Oh, and Kryptonite. Kryptonite was a toxic element that weakened Superman and left him vulnerable. For my boy and the thousands of orphans, refugees, and others that live in the shadows, their kryptonite is our blindness. Anytime we turn our back on these kids and ignore their struggles, we too weaken and cause them to be more vulnerable.  Please shine a light on kids like MB and be a hero in anyway that helps them face the day with new courage.