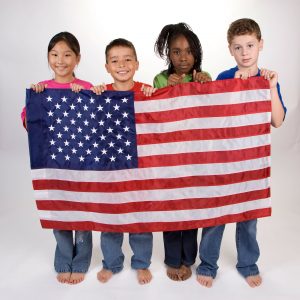 Whether you are Democrat or Republican, conservative or liberal, being a parent trumps everything Washington can offer up.  And if you are like me, as much as you are proud to be an American, you are more often disgusted with the way our leaders go about getting elected to office.  From the money that is spent, to the ads denigrating each other,  to lack of character and example displayed by both sides of the aisle, I am troubled by our electoral system and ashamed of our political process.

What Washington needs might be a lesson or two drawn from the playbook of good parenting.  Perhaps if our candidates took heed of the lessons we work so hard to instill in our kids and took stock of the example that those lessons provide, just maybe our country would be better for it.  So while our candidates desperately seek four years of power, I offer up four parenting lessons that I propose our candidates think about as we near election day.

Come November 6, I will take to my local polling place and cast my vote for my candidate.  I believe it is my duty but I have a greater duty. It is being a parent.  In elections like the one before us now, it is easy to believe that my one vote really won’t make a difference at the end of the day. I don’t really know about that to be honest.  What I do know is that my work and effort as a parent will undoubtedly make a difference not only in my children’s lives, but to those around them.  At the end of the day, this nation’s power, influence and opportunity to make a real and positive change in our world rests in the hands of parents.  It flourishes in the arms of families.  The sooner we as a country realize this and take greater responsibility for it, the sooner our leaders will resemble what we work so hard to raise.
Leave a Comment