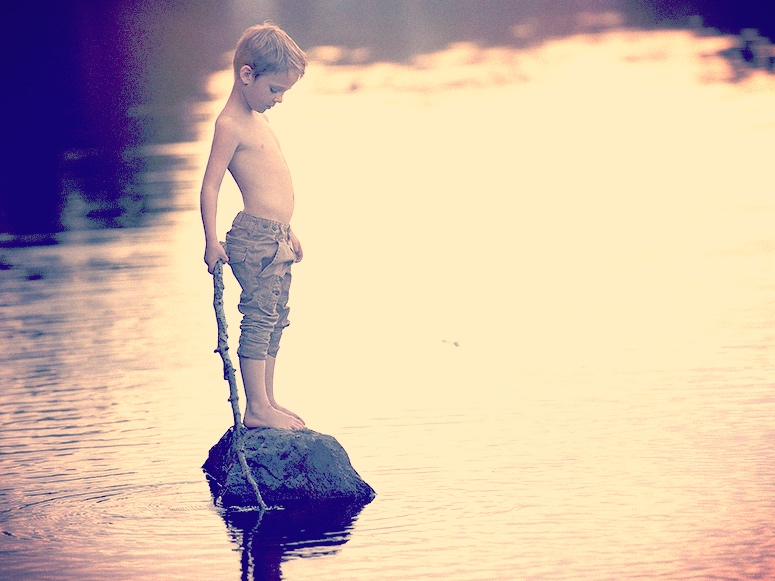 I had an epiphany at the elementary school near our house just the other day. It happened as my feet landed oh so softly on the modern playground surface at the bottom of the PVC molded slide. You know, the kind of landing surface that can safely protect someone dropped from a height of a hundred feet or so. Forget good-old cedar mulch, pea gravel or even the age old black top. This stuff is cushy!

As I looked out on the plastic playscape, I thought about what is missing in the playgrounds and lives of kids today. The kind that were staples of our own (well, at least mine) back in the late middle ages of the 1970’s. Perhaps kids today have been robbed of essential childhood toys and apparatuses. Perhaps not having the same access to those staples have altered their lives and in some way contributed to the downfall of western civilization as we know it. Perhaps.

So I began to ponder what was missing and here are my five essential childhood things that helped provide character, grit and a bit of danger for us when we were just wee lads and lasses! 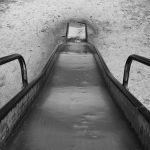 Standing at a height of what seemed impossible at age 7, the Giant Metal Slide was the overload of the playground. A kid walking to the park could see its lofty peak jutting above the tree line from afar. At just the right angle one could be blinded for the rest of their life in both eyes from the reflection of the sun beaming off its polished metal surface. It was our Everest; to embark upward upon its metal steps was to commit to danger and altitude sickness. Once at the summit, the feeling of elation soon melted away as we experienced surface temperatures on the reflective aluminum of over 280 degrees Fahrenheit. This is why you would slide at over 90 miles per hour: otherwise your shorts would burn off. 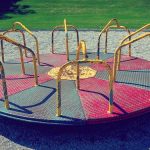 What other apparatus than the station wagon on long family vacations, could elicit nausea and vomiting like this fun-maker? Pretty simple. Take a round metal platform, thrown in some hand bars to hold on to and push from and place it all atop a center fulcrum, greased up and ready to circle at dizzying speeds. After running and pushing with 20 or so of your compadres, you would throw your body on to the platform like a hobo to a box car out of town. Once on, your head would swell, your side would ache from laughing, and then most would be flung off in all directions landing on the asphalt in a myriad of unusual positions. Skinned up, we were always ready to go round again. 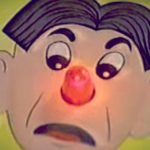 One of the problems with kids today is that most have been able to avoid good honest stress for way too long. Nothing elicited that kind of gut-wrenching, sweat-producing, healthy stress like the red nose buzzer on Operation. To this day, I can still feel the small surgical tweezers tethered to the wire between my shaking fingers. To extract the small plastic heart between the metal spacers was absolutely nerve-wracking. The Funny Bone was always hardest for me to put out. Even the closest glance of the tweezers to the metal and BUZZZZZZZZZZ. I don’t know how our generation produced even one surgeon from those kind of ordeals. 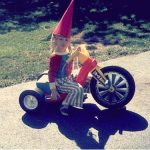 I’m sorry, but if I see another kid in a battery-powered Barbie Jeep, Mini Cooper or little Monster Truck, I might just loose it. What ever happened to using your legs to get around? Is it not enough that we’ve stuck our kids behind multiple video screens so that they can get outside only to travel from one side of the driveway to the other on a ‘good charge’? There was a day when miniature gangs of Big Wheels roared up and down the streets of America–legs churning, blood pumping in pursuit of an empty lot or to chase down the ice cream truck. Nothing defined my childhood like the yellow, pink and black of my sweet ride. Nothing. 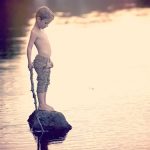 Yes, a stick, the kind that falls from trees upon the ground and present themselves in all sorts of lengths and tensile strength. Passed up by all but a few modern day explorers, the stick was a crucible for imagination. Thinner sticks were often inserted into ant hills or other strange holes where snakes or varmint might present themselves. Larger ones were fashioned into pirate swords, bows and arrows, spears or a trusty rifle. String could be tied to one end with hook and used to fish in the local creek or simply held by two hands while everyone took turns practicing a variety of martial arts moves in order to break in half. Kung fu masters were made in those days.

Walking back home from the park with my son, I laugh a bit thinking of my days as that kid. Sure, much of what I write about is tongue-in-cheek, and I guess growing old may have made me a little cynical. However, as a society we tend to often throw out the baby with the bathwater in pursuit of convenience, comfort and our obsession with liability. No one is for putting kids in real danger, but the absence of risk provides little opportunity to be brave, take some chances and grow. The trend to motorize our kids’ bikes just promotes an even unhealthier generation of kids and the lack of opportunity to build castles with even the simplest of things can quench the creative fire that every child is born with.

This weekend, take your kid outside. Pick up a couple of sticks, hand her one and start a sword fight. She’ll probably look at you like you’re crazy. But maybe, you’ll spend the next hour or so building back that grit and imagination. Maybe it’s a good idea to model the world through our kids’ eyes, and we can expand that world with a little old-fashioned ingenuity.